Walking down Fifth Avenue on Sunday and storefront windows are a beautiful, psychedelic, cacophony of rainbow decals.  Venturing inside and I can buy my sneakers, t-shirts, and socks affirming Love First, Love is the Way and Super Gay.  More than ever, companies are bursting with pride and they seem to mean it. They’re not just bedazzling shoes for an extra dollar or to call themselves an LGBTQ ally. Look at American Eagle’s partnership with It Gets Better, J Crew with the Human Rights Campaign or Club Monaco and the Stonewall Community Foundation. I’ve counted over 40 brands that have established partnerships with LGBTQ organizations and are donating cold hard cash from Pride month sales to these causes.

It’s not just during Pride Month when companies show their allegiance. In the fight against the Defense of Marriage Act (DOMA) in 2013, organizations such as Marriott, Google, Microsoft, and Starbucks were among 97 member corporations of the Business Coalition for DOMA Repeal that spoke out against DOMA. How much of their motivation was a genuine belief in equality and human rights we’ll never know? Certainly, these companies understood that the social climate was changing and there was a business benefit to being on the right side of LGBTQ advocacy.

Support for gay marriage is at an all-time high, 64%.[1]Amongst Americans aged 18-29, the figure is even higher, 81%.[2]When it comes to the elections, 76%[3]of people are happy to vote for a gay president, up from 26% in 1978 when the question was first asked. In fact, more people will vote for a gay president than a socialist (47%). Good news for Pete Buttigieg, bad news for Bernie Sanders.

Sure, Fifth Avenue isn’t Anniston, Alabama and we have a great deal of work to do. There are still 15 states that don’t have hate or bias crime laws addressing sexual orientation or gender identity. But the point is it’s easy to back a winning horse. There’s now less risk and a lot of upside for large corporations to fly a rainbow flag in the United States. The reverse is true too. Not showing up for Pride month or not being inclusive can hurt companies. But where was all the corporate support for Colin Kaepernick? It was left to Nike to take a risk in their September 2018 “Believe in Something” campaign.

Many companies declare their purpose, vision or mission. Their reason for being. This is important and meaningful. It aligns and motivates employees and guides where they spend their efforts and energy. What is becoming more critical for organizations is to define their identity. Who they are at their core and what they stand for. This is different from their purpose. Organizations can’t stay quiet anymore. Consumers and customers want to know who they are buying from and a company’s true beliefs. When I saw the Kaepernick campaign, I only wanted to buy a pair of Nike’s. You could say that makes me a sucker for a good advert. I will tell you the reason I went out to buy my Killshot 2s is because of in my values with Nike’s.

I spend time working with organizations on their values and few of them are distinctive: respect, inclusiveness, innovation, one team, integrity, trust, honesty, love our customers. They are safe. So safe and generic they have become meaningless. Customers and consumers won’t stand for that much longer. They’ll sniff out a lack of authenticity a mile off.

In 2018 and 2019, Deloitte’s Global Human Capital Trends survey, which reports the most pressing people, talent and leadership issues impacting companies, identified the social enterprise as critical. Now more than ever, organizations need to be acutely mindful and intentional of their human and societal impact. This includes addressing issues like income, inequality, inclusion and the environment.

It’s time for the leaders of organizations to do the hard work of defining their collective organizational identity and staying true to that. They need to be vocal and make a stand. They can’t just support the no-brainer, popular causes. They also need to be explicit about their somewhere over the rainbow. 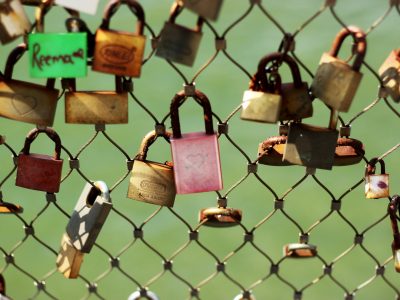 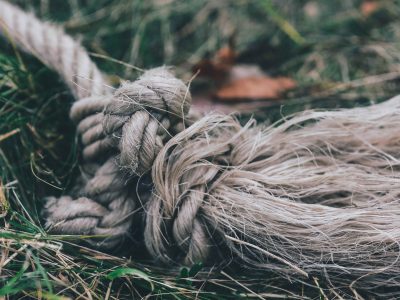